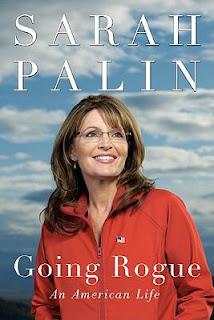 I am not a Sarah Palin fan, politically speaking, but in this book found her to be plain-spoken, cheerful, confident, and likeable, significantly different from the ambition-crazed airhead she was made out to be during the 2008 presidential campaign. She addresses and answers some of the questions raised as she so suddenly rose to national prominence. For instance, her "drill, baby, drill" persona remained in place largely because her stated belief in the development of alternative energy sources was edited out of the infamous Katie Couric interview. On the other hand, in the same interview, she says she refused to tell Couric what newspapers she read everyday because she was annoyed at Couric's condescension, surely an odd response from someone trying to establish intellectual credentials.

There is much to enjoy in this narrative. Palin, as it turns out, really can field-dress a moose (though she draws the line at handling the eyeballs). Her withering assessment of Hollywood types declaring policy about a wilderness they have no notion of is funny and instructive. Some potholes remain. No explanation is given of why Palin would support the construction and funding of the Ketchikan to Gravina Island bridge at home, but deny she did so abroad. Nor does one ever get a clear sense of who was looking after her family while husband Todd was working on the North Slope and she was busy being governor, though they do seem to have a strong family life. Refreshingly, she makes no bones nor excuses about believing in God and praying for help and direction. Oddly, the Democratic Party and even the national media get fewer barbs from Palin than members of John McCain's election staff, who drafted "her" response to the announcement of daughter Bristol's pregnancy and refused to make the changes she and her husband asked for to more accurately reflect the family's feelings. But her reasons for resigning the governership, though clearly stated in the book as stemming from the many ethics charges (all dismissed) brought against her which were wasting her staff's time and bankrupting her family, are given only passing mention in her resignation speech.

One lesson that can be taken from this engaging but also enigmatic text is that tough times require tough-mindedness and that as citizens of the Republic we have the ultimate responsibility to do the hard work necessary to separate fact from fulmination as we select and support our leaders. It remains to be seen whether, as Ross Douthat observed in the New York Times, Sarah Palin and her fellow presidential aspirant Mike Huckabee will choose to "take their newfound eminence seriously," or whether they will simply "cash in on their celebrity." Interesting days lie ahead.