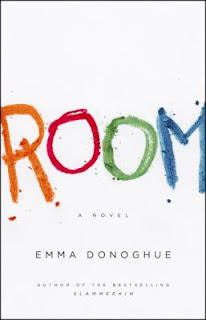 Five-year-old Jack narrates a riveting story about his life growing up in a single room where his mother aims to protect him from the man who has held her prisoner for seven years since she was a teenager.

A lot of buzz has surrounded Donoghue’s latest novel. Although the reality of teenagers and children held captive for years seems to be becoming more prevalent, the most intriguing element of the book is the young narrator. Donoghue does a good job of revealing and unraveling a disturbing, adult story from a child’s perspective. Unfortunately, the voice of the young narrator is often jarringly inconsistent. At times, Jack sounds like a caveman. At other times, he has the vocabulary of a PhD. Overall, though, the tale of what Jack’s mother does to survive and protect her son, and the consequences of their captivity, is an intriguing one.