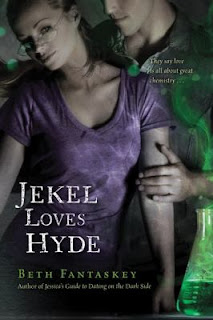 After her father is convicted of stealing money from his company and subsequently murdered, Jill Jekel is left alone and rejected by her peers. At her father’s funeral, Tristen Hyde, a new student who recently moved from England, approaches Jill, offering her words of comfort and a shoulder to cry on. When their science teacher suggests that Jill and Tristen team for the science contest offering a $30,000 grand prize, Tristen is not interested. However after talking to Jill and realizing that she may hold the key to his family’s dark secret-a secret which puts his life at stake-Tristen can’t refuse this “Jekel and Hyde” partnership.

This book is just as intriguing as Fantaskey’s first book, Jessica’s Guide to Dating on the Dark Side but has a darker edge.