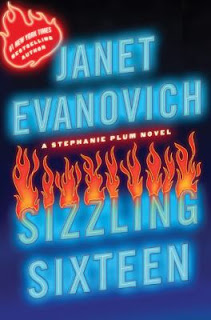 For fifteen novels, Stephanie Plum has wrestled with choosing between Trenton cop, Joe Morelli, and bounty hunter extraordinaire, Ranger. Well, I doubt anyone will be surprised that she is still is struggling. (And who wouldn’t?) But in this installment of her misadventures the man she, Lula, and Connie are searching for is Vinny, her repulsive cousin and boss. Insanity ensues, as usual, and fans will find the laugh-out-loud craziness they have come to expect and love.

Evanovich has created an entertaining cast of characters in this series and each one of them is cause to return to Trenton annually for more Plum fun! I won’t deny that her waffling between Ranger and Joe does feel to be a bit stretched and in need of, if not resolution, perhaps a reinvention. But, I still look forward to each new release.
CZ