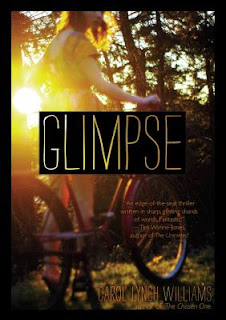 Living with their mother who earns money as a prostitute, two sisters take care of each other and when the older one attempts suicide, the younger one tries to uncover the reason.

This was not a light book; it was a pretty heavy plot. However since it is written in verse it is a very quick read. I read it in a matter of hours because of the quick pace and the compelling story. While the story is often heavy, there is humor incorporated as well. I loved the “voice” of this book; I could really hear the southern accent of the characters as I read this novel.

This book is definitely a page-turner. It's one that you want to read once really quickly so you know how it happens but then you want to read it again while pausing to absorb all the language, the breaks, the rhythm, etc.