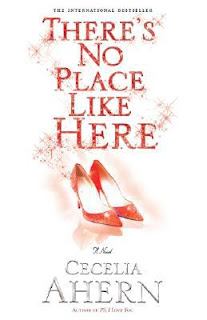 Sandy Shortt has been obsessed with finding missing things ever since she was ten, when a neighbor child went missing. As an adult, she opens a missing persons agency and spends her time hunting for missing persons--and running from what might be missing inside of her. She has just accepted a new case, helping Jack Ruttle find his missing brother when she herself goes missing. Sandy finds herself in a land of all things missing, where she encounters people she'd been searching for as well as items she herself had lost. Unable to accept that she won't be found, Sandy is determined that she won't stay here and wonders how she can go back to the life she has just realized she's been wasting.

This book is a bit difficult to read, as it jumps around and includes flashbacks, but it has an interesting premise. A mixture of chick-lit and fantasy, this book is not my favorite by Ahern, but it's still one to recommend to her fans or those looking to consider that the unbelievable may be possible after all.