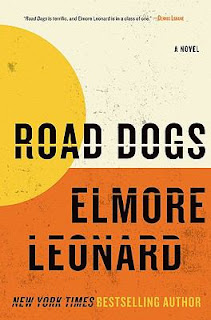 If you've never read Elmore Leonard this breezy crime story isn't a bad place to start. Jack Foley is an extremely successful bank robber (at least 127 banks) when he's finally caught and sent to prison. Foley hooks up there with Cundo Rey who is loaded with loot. He owns multi-million dollar properties and has staff managing his assets while he finishes out his 8-year sentence. Rey arranges for Foley's 30-year sentence to be reduced to three months. Foley stays in one of Rey's homes in Venice, California and waits a week or so for Cundo to join him. Also in Venice is Cundo's common-law wife waiting for him. And FBI agent Lou Adams is watching Foley like a hawk, waiting for him to rob his next bank. Nothing plays out as anyone expects it to.