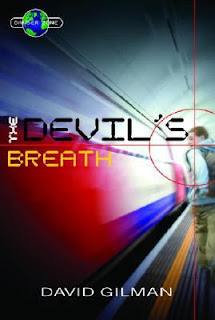 While out on a run one night at his English boarding school, 15 year old Max comes under attack and barely escapes with his life. Things become more suspicious when his father, who is on an expedition in Namibia, goes missing and is presumed dead. It is up to Max to take the clues his father has left behind for him and to figure out what his father was investigating and try to search for his father before it is too late.

Not as fast paced as Horowitz’s Alex Rider series, but it does contain a villain James Bond would be proud to fight against.