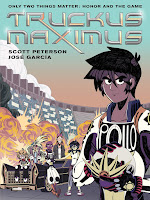 In a near-future world where the Roman Empire still reigns supreme, modern-day gladiators race monster trucks on reality TV. This race to the death is called Truckus Maximus, and the best of the best is Axl, the young leader of team Apollo. He lives for two things, honor and the Game, but his strict moral code will be tested by Caesar, ruler of the Empire, and the Dominus, the absolute master of the Game. Will Axl finally get everything that he has always wanted, or will he realize that some things are more important than honor or the Game?

This was a fun, adrenaline high, action-packed book. The illustrations are gritty and intense, with a full range of colors that evoke a dystopian world. The plot is quick moving, with training montages and a climatic race to the finish. The characters are lovable, quirky, and authentic, and the story is a great modern take on the Roman Empire and gladiators. If you love adventure, racing, monster trucks, or gritty illustrations and characters, this is a perfect book for you. 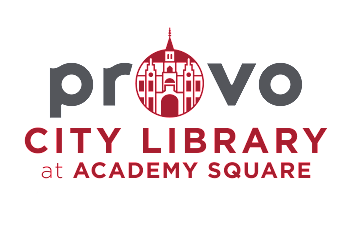