The Sabbath World: Glimpses of a Different Order of Time 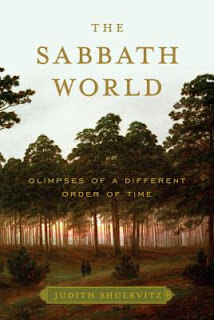 Judith Shulevitz begins her story as a non-observant Jew except insofar as she is required by her mother to be; in fact, we first meet her wedged between a file cabinet and a freezer on the Sabbath day, knowing her mother is not allowed to take meat out of the freezer and so will not find her. And yet Shulevitz remains fascinated by the idea of the Sabbath and sets out to understand it. Defined by the rabbis as "a Temple in time rather than space," the Sabbath, ordained by God to follow the sixth day of creation, was believed by the early Christians to have been a strictly Mosaic law overturned by Jesus when he healed the sick on the Sabbath, and then refused to rebuke his disciples for threshing wheat in their hands on the holy day. The idea of a day of worship and rest became part of the Christian tradition only after the believers began meeting on Sundays, which they celebrated as the day of the Lord's resurrection. Charles Dickens, William Wordsworth, the Puritans, the government in the establishment of "blue laws" all played a part in what the Sabbath came to mean to both Christians and Jews. At the end of her investigations, Shulevitz admits that the Sabbath is "a fossil," rarely observed in our breakneck, overworked, entertainment-ridden lives, but though she seems not to believe in a personal God, she does come to the understanding that "at some point we all look for a Sabbath, whether or not that's what we call it. Organized religion need not be involved." And yet Shulevitz's own little family is now observant, walking thirteen blocks to the synagogue each Saturday, lighting the Sabbath candles, and blessing "the children, the wine, the challah." The Sabbath World is a lovely, lyrical, scholarly and yet deeply personal book that should help define and refine anyone's understanding of the Sabbath day, and of ritual and religion.