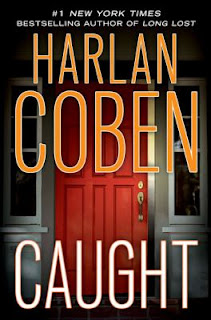 Dan Mercer stands before the red door, knowing that if he opens it, his life will change forever. He feels a strange reluctance, but slips it open nonetheless. What happens next will haunt him until his life’s end—which could be sooner rather than later if anyone who hates a child molester gets their hands on him. However, after opening the door to the sting house and getting caught on camera walking into a what he thought was a teenage girl’s bedroom (whom he met in an underage chat room), he swears he’s been set up from start to finish. Innocent or guilty? – the story winds back and forth and between all the possible suspects so it’s never a sure bet just who did the dirty deed.

Coben’s latest suspense novel strikes the thrill-seeking spot and there’s a bit more than just the mystery at stake. If you like your crime a little raw and don’t mind the sordid subject, than this is a sure hit for suspense lovers. Strong language will keep the sensitive readers away, but the fast-paced action and constant twists will keep the eager reader guessing just who the real killer(s) is/are up until the very last page.

What language? There isn't a curse word or rough word in the whole book.