Two Girls Staring at the Ceiling 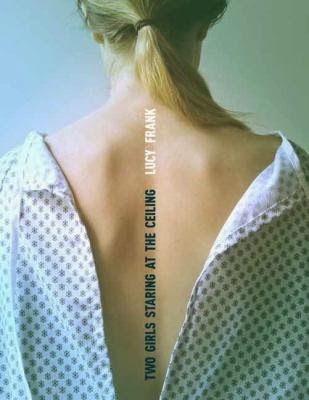 Shannon and Chess are two very different girls brought together in a hospital room fighting Crohn's disease. For Chess it is a book of firsts: first time in the hospital, first major diagnosis. Shannon, on the other hand, has been in and out of hospitals since she was ten. This book shows the unlikely bond that forms between the girls as they spend seven days in the same room, staring at the ceiling.

Told entirely in verse, the book is really unique. The author uses a line to show the curtain separating the two girls' beds and the reader reads across the line to get the feel of two girls talking through a curtain. It was amazing to see how involved I became with the girls even with so little actual text to read. While the book has some moments of real beauty and poignancy in the verse and the formatting, there were also times when the writing seemed a bit overwrought or where the stylistic conventions didn't work for me. So, while not a perfect piece of writing, it was still interesting and moving. A great example of a book that works outside of the norm.