Charles Dickens and the Street Children of London 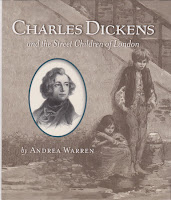 While most of English society thought poor people deserved their lot in life and simply ignored those who were "beneath" them, Charles Dickens had a different opinion. As a youth, his father's debts made it so Charles was denied the education he so desperately wanted and instead was forced to do menial labor. As he did so, he saw how society, with its laws and regulations (such as sending people to debtor's prison until they could pay their debt but not allowing them to work in order to earn money) and lack of support from the government kept people in poverty, allowing them no way to escape. He was especially touched by the experience of England's impoverished children, many of whom were homeless, lacking in education, and working in horrible conditions in order to help earn even meager bits of money for their families. Dickens, having never forgotten his own experiences, and never quite being able to shake the fear of being impoverished again, deliberately drew the public's attention to the conditions of their country. With his novels, essays, and newspaper articles, he gave the poor a voice and showed the rich that it wasn't simply their lot in life to be "better" than others but that they should help those around them. Through his work as an author and a social reformer, Dickens brought about changes desperately needed in his society.

Very well done. This is a highly interesting, highly readable piece of nonfiction. The author does a great job of showing what life was like in Victorian England for the lower classes, and it's fascinating to see the impact that one man could have at opening the eyes of those around him. Highly recommended.