The Dead in their Vaulted Arches 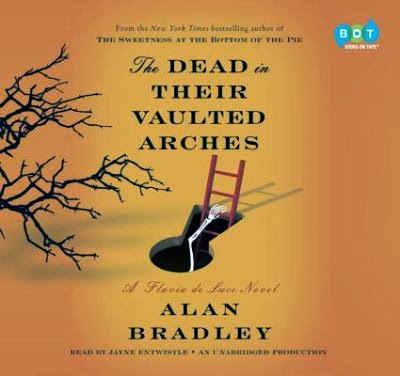 Precocious 11-year-old chemist Flavia de Luce is back in the sixth installation of Alan Bradley's charming series. As the narrative begins, Flavia's long-lost mother, Harriet, is restored to the family and a man is pushed under a train. But Flavia's digging may bring out more family secrets than she is prepared to unearth.

Alan Bradley has created an amazingly entertaining character in Flavia de Luce and this most recent installment in the series is no exception. Much more introspective than his previous efforts, the book nonetheless has a lightness to it that makes it enjoyable to read. Flavia is very engaging and the reader is eager to suspend reality enough to view the world from through the eyes of one very intelligent 11-year-old girl. The audio is particularly spectacular, with Jane Entwhistle doing a wonderful job with the narration. A great, light mystery series for anyone who loves great characterization.